I really don’t know what I expected out of our visit to Macau, other than to eat a pork chop bun, see (but perhaps not gamble in) casinos, and be visiting a place I had always wanted to go that was also featured as a finals destination for America’s Next Top Model. I do know that I didn’t expect to find myself walking with my beautiful bride-to-be from Church to Church and sitting and pondering the meaning of life in each one, being thankful to be in a place that felt somewhat Western after spending two years in East Asia. 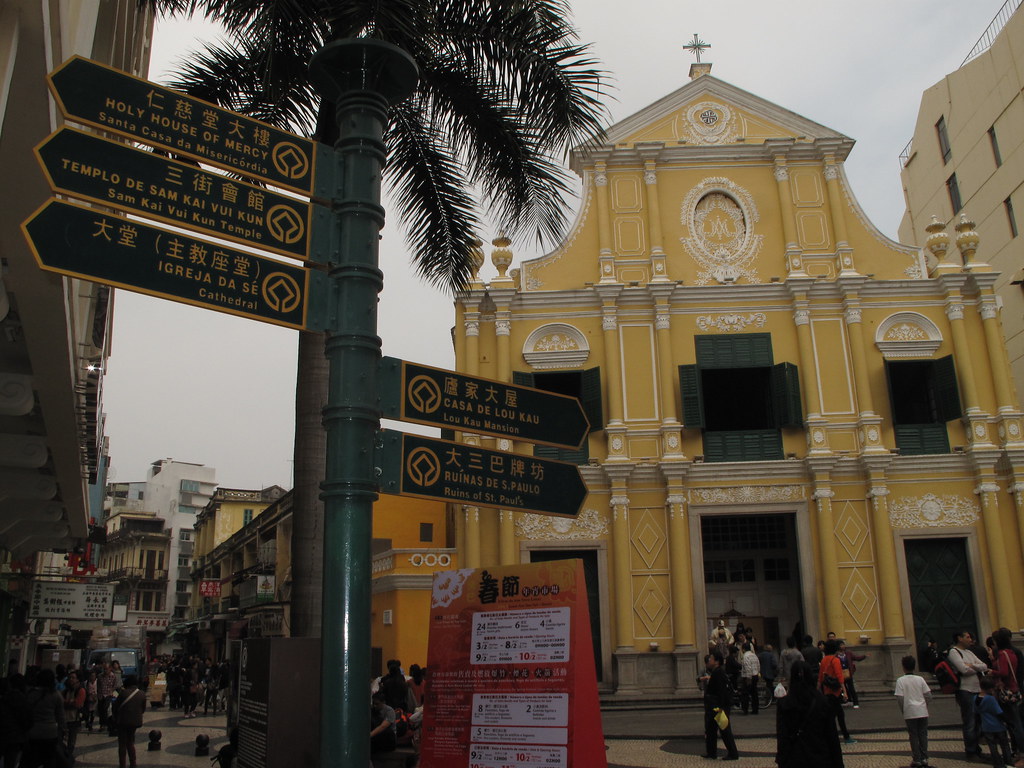 So we arrive in Macau by ferry from Hong Kong, get out of the bus that takes you downtown, walk across the plaza and into this church. St. Dominic’s. Hard to miss as it’s canary yellow. It seemed kinda old, but I just googled it to get its name and basic facts (I have photos from 5 years ago and basically no notes…) and would you believe it was founded in 1587? It’s going on 500 years old. 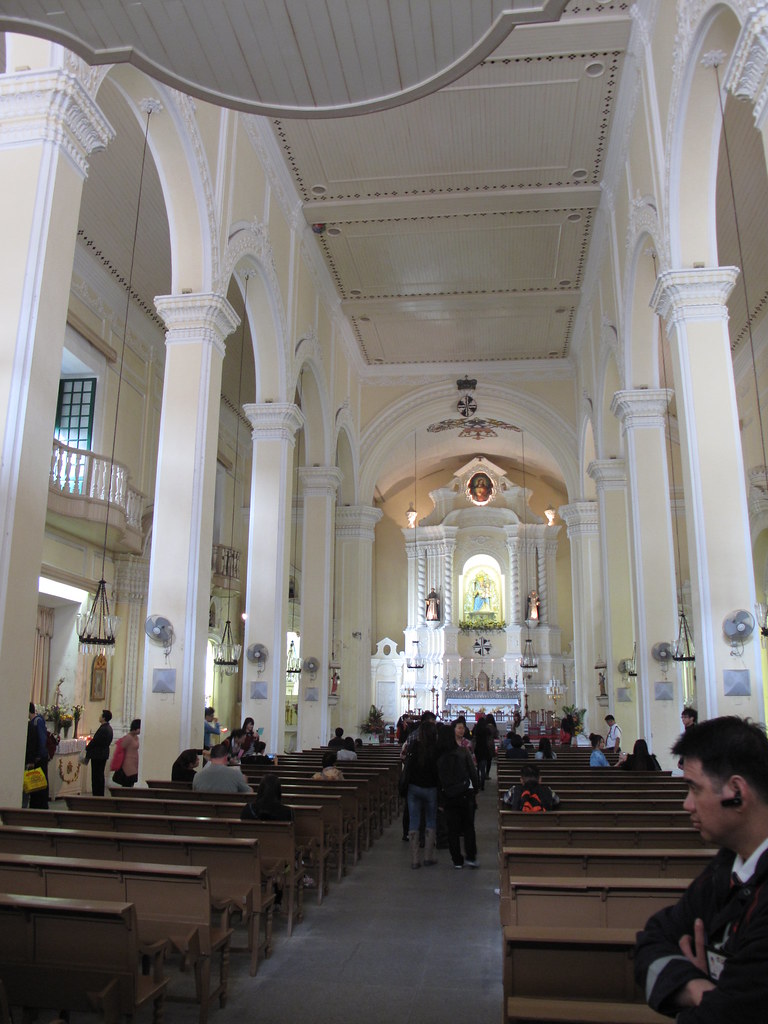 So you walk into St. Dominic’s and it’s BRIGHT white. I imagine it’s kinda the shade of white that the Portuguese could find to make paint with when they arrived that most reminded them of churches at home. It reminded me a bit of the old Spanish missions here in South Texas that came with the Conquistadores around the same time period, however the imagery is just a little different. It’s like the images of Mary and Christ that you see as more realistic in the Spanish churches were a bit more stylized so as not to be “graven” images by the Portuguese. I don’t think that’s the real explanation, but there is a difference in style. 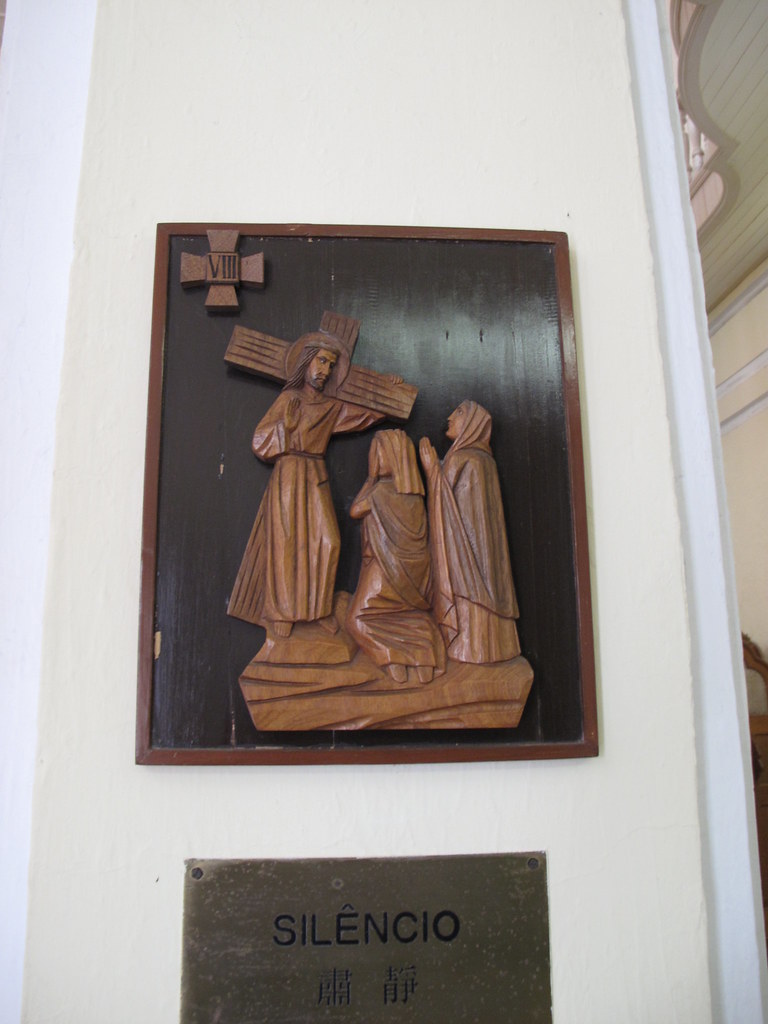 For example, this wood carving. 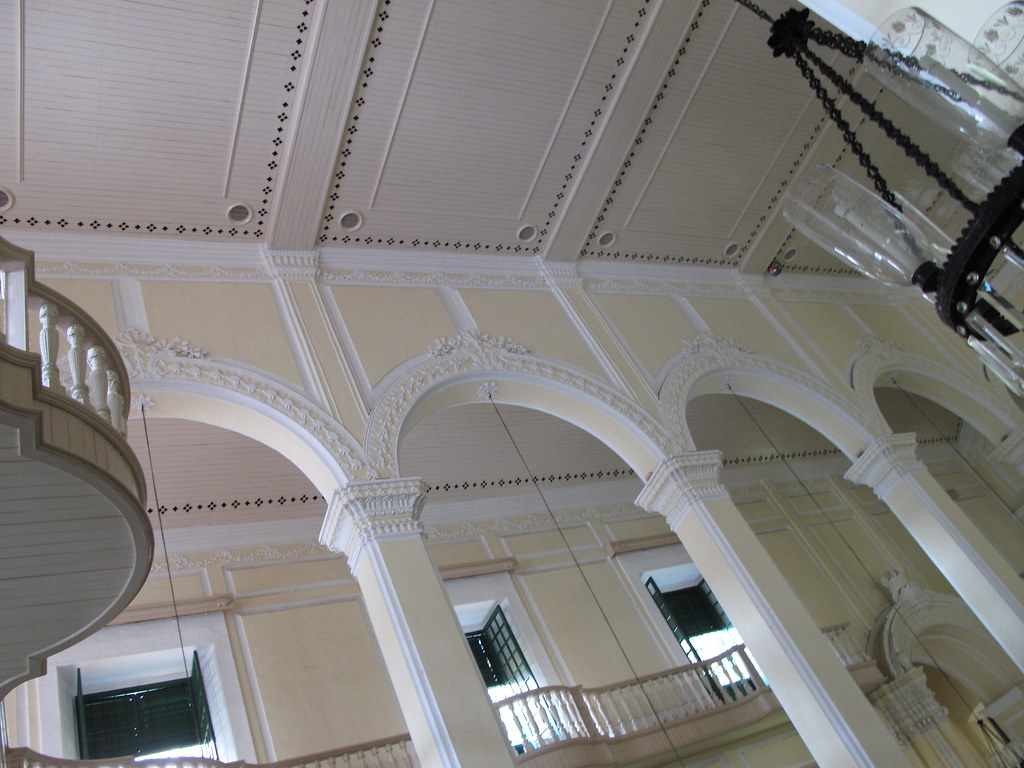 The whole church is wooden, I guess due to the lack of marble available on the island. I found the construction to be very straight, too. There’s lots of ornamentation on the surface, but it seems to be mostly appliqué. 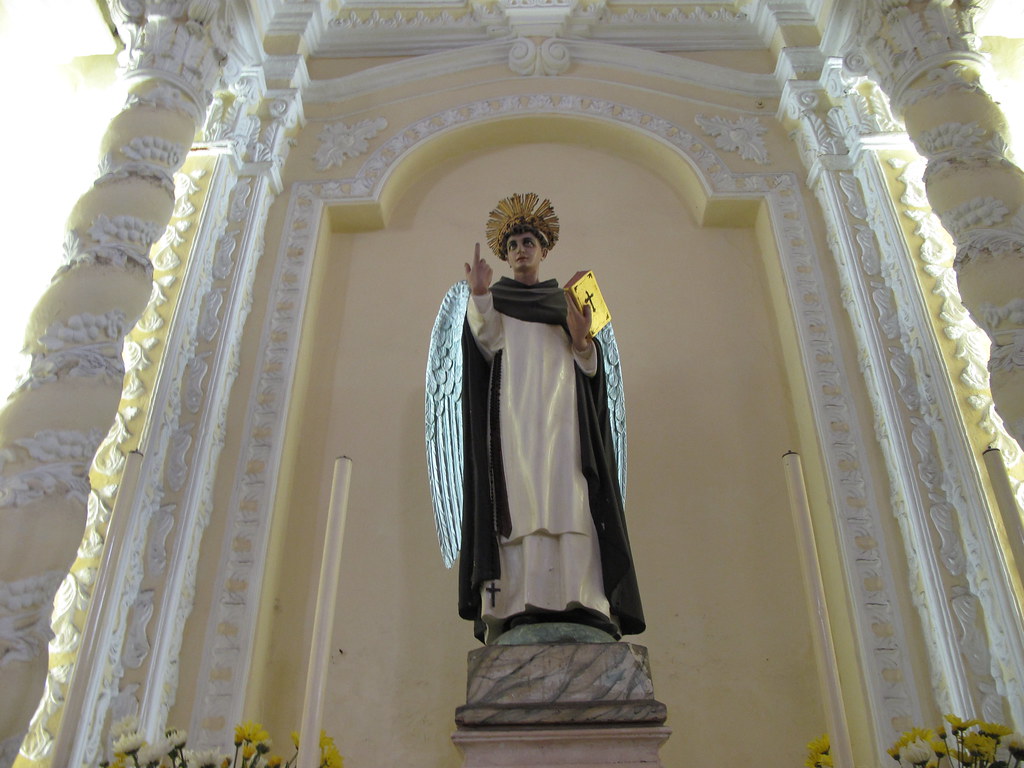 I’m not sure, but I’m guessing this is St. Dominic himself. I think the art style I’m referring to has to do with the high contrast of his facial features and low contrast of his robes. I just asked a Catholic friend if this was him. She thinks maybe. The one finger is a little weird, he’s missing his full iconography, but he’s in a dominican habit. 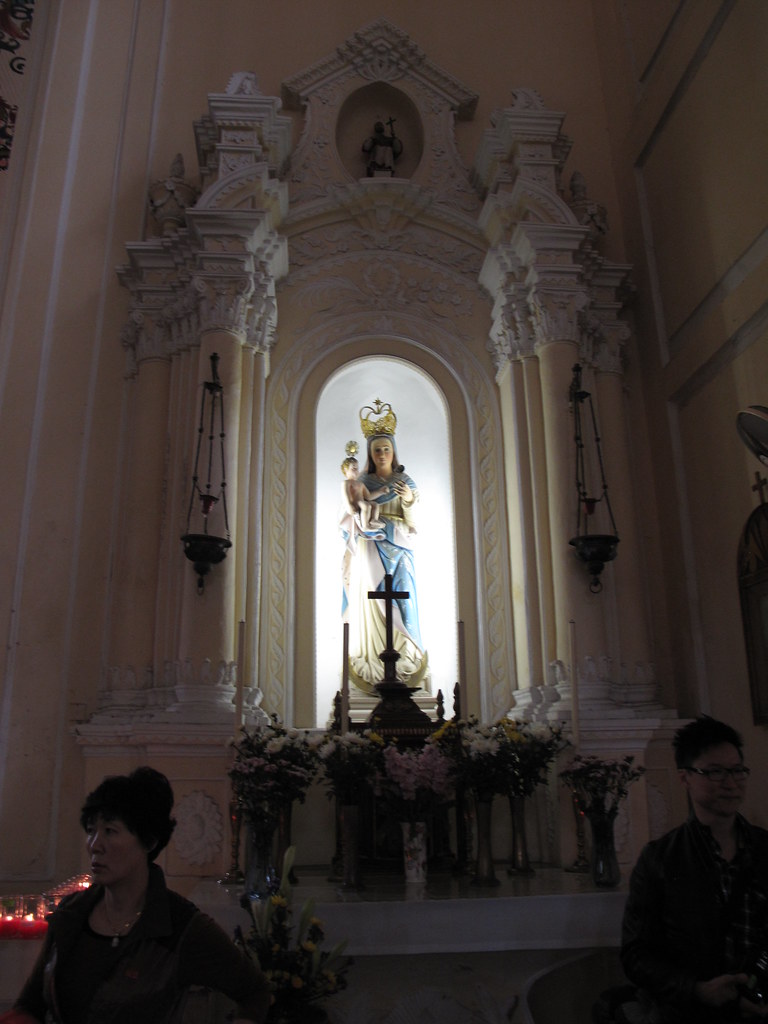 Once again, I think the art style is kinda high contrast around the face, low contrast everywhere else. Putting the unimportant parts in a manmade bokeh. 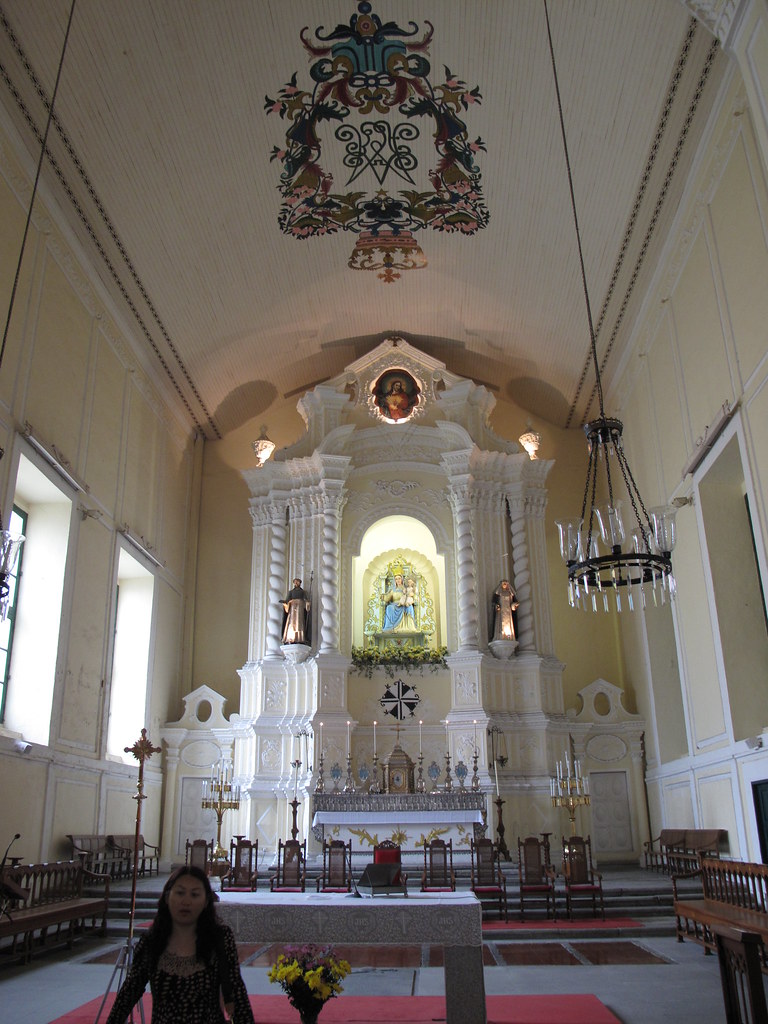 This chancel is baroque AF. Can you not imagine that in this church you are in Baroque Europe, not in China? I could. The whole day in Macau I felt connected to my Western roots. The food, the language on the signs (where I live it would be Spanish, but dude, Spain and Portugal share a few similarities, amirite?) 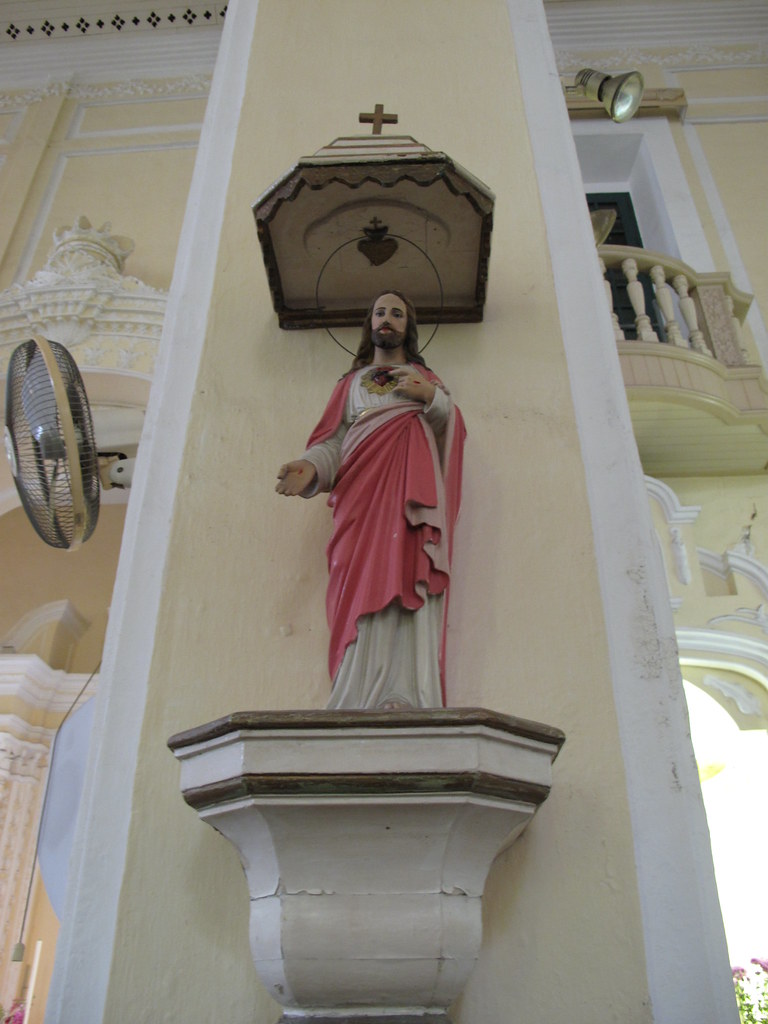 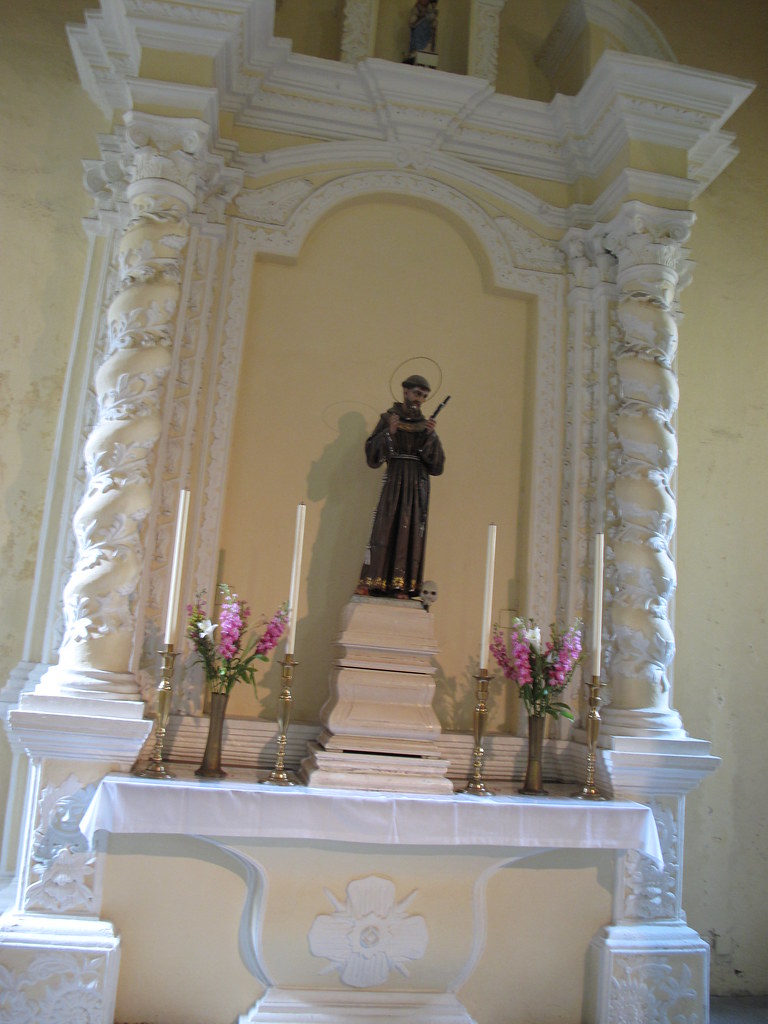 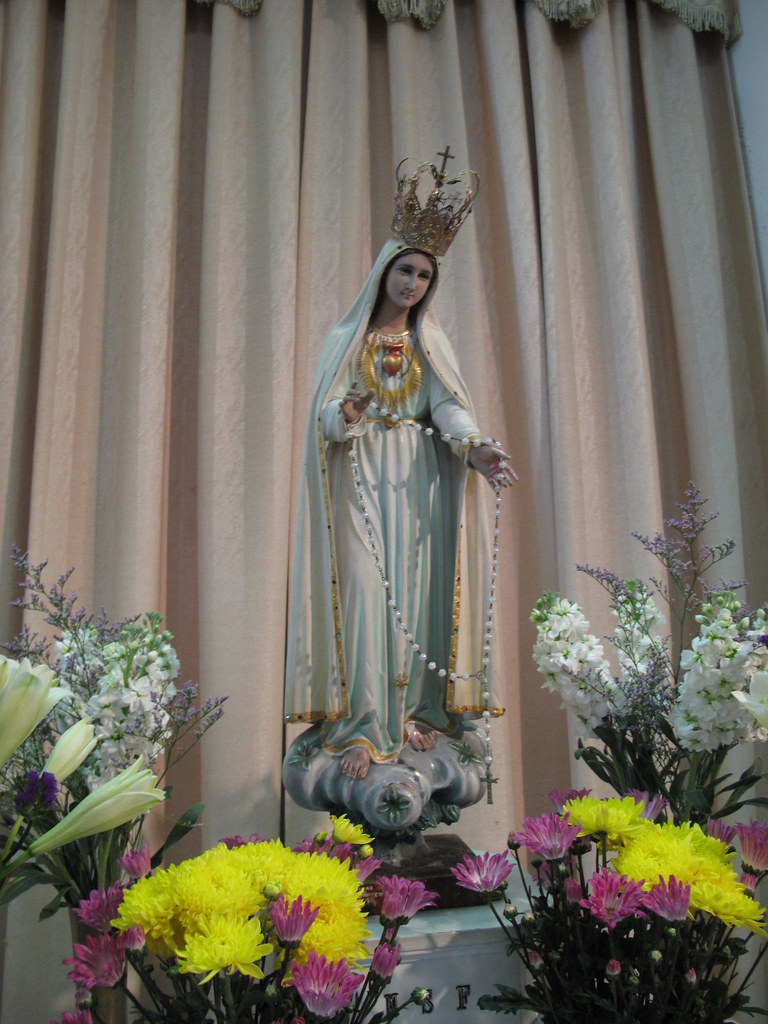 Immaculate Heart of Mary imagery, “looking Portuguese” according to my Catholic friend who is helping me with this post. 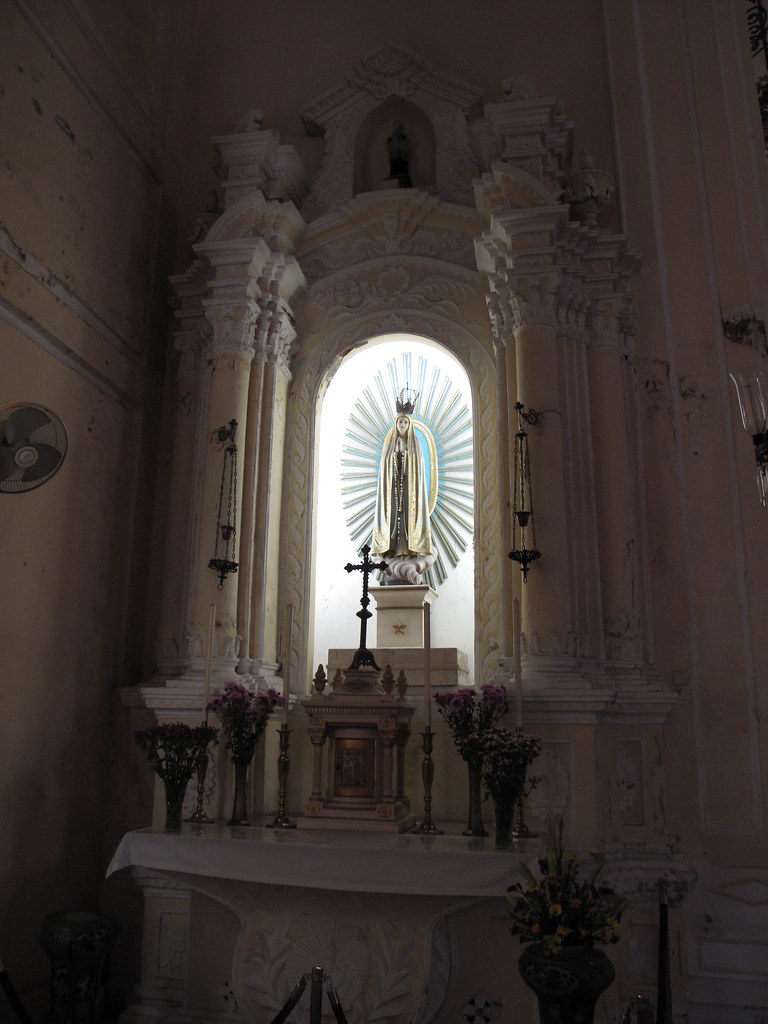 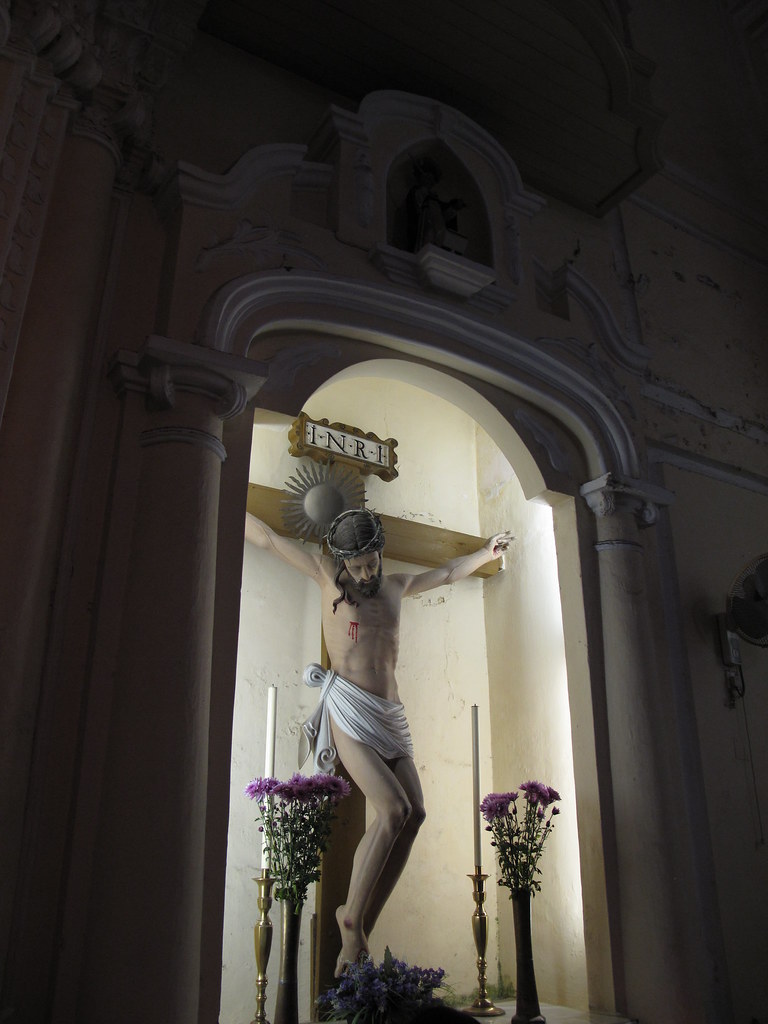 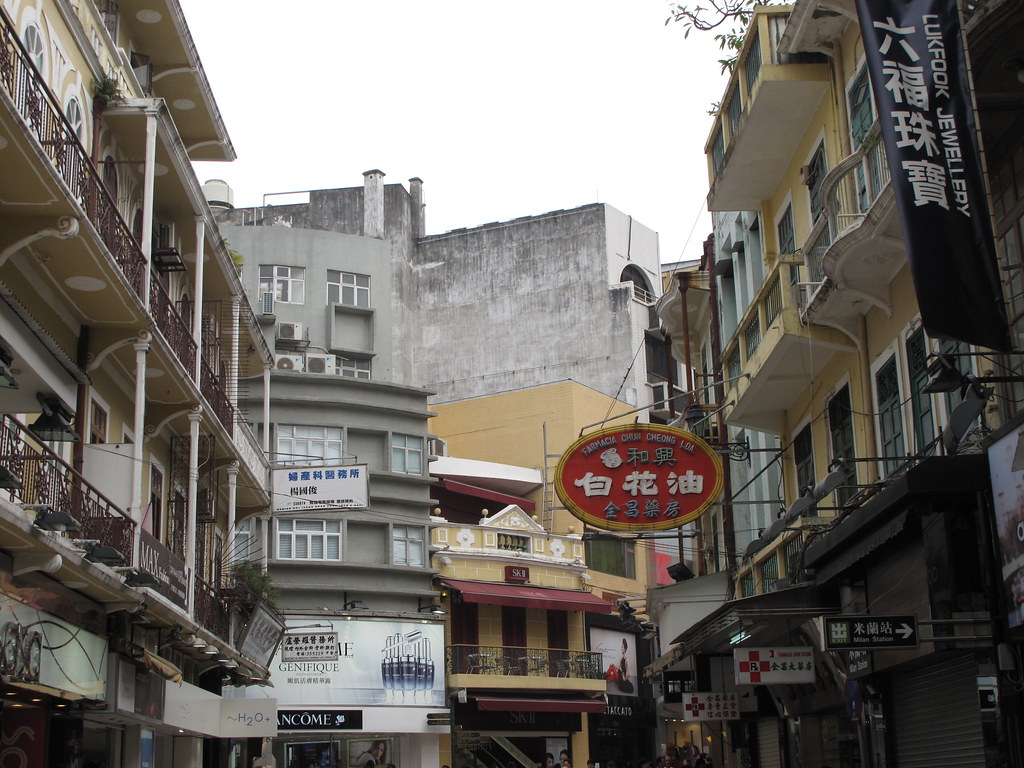 Then back to the real world. Macau was amazing because it was almost like being at home. I grew up around Spanish language, Spanish colonial churches, and the sort. These Portuguese churches, the Portuguese language…it hit close to home. But then unmistakably you realize that you’re in a unique pocket of China, thousands of miles from the Western culture you grew up in. And you’re happy because not many people (even though millions upon millions) will ever go to such a unique place.