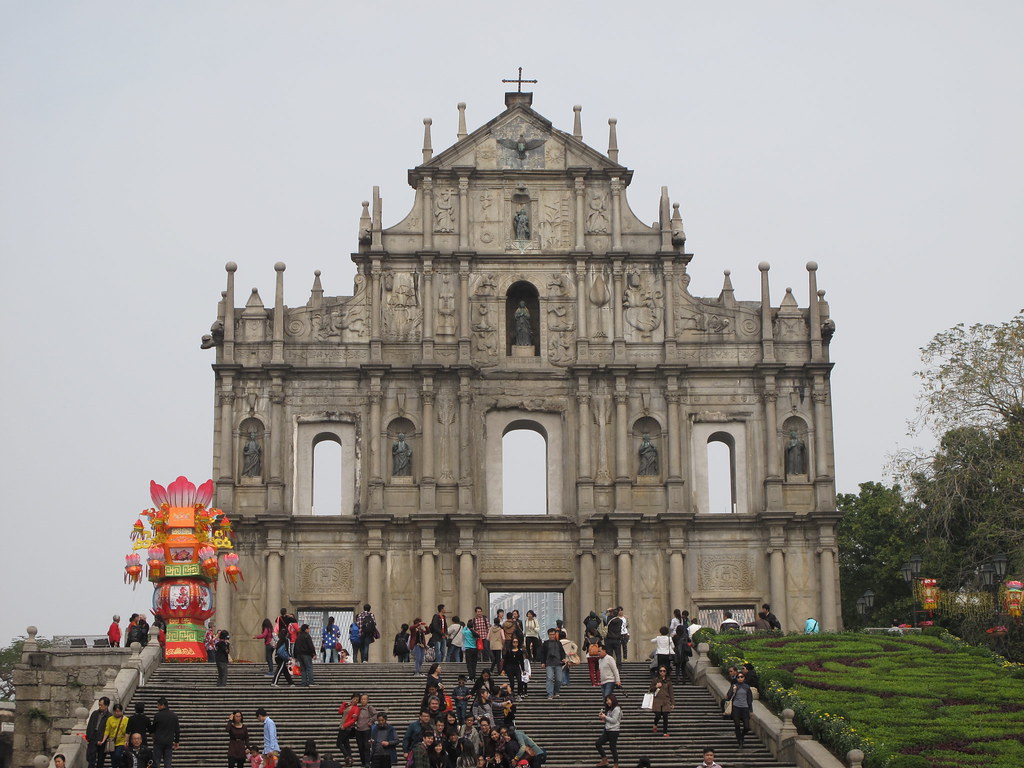 What remains of St. Paul’s, on top of a hill in Macau

I thought maybe for my next post I should get away from the super obvious stomping grounds of Italy, France, Spain, and you know, the entire western world. I was thinking back, when I realized that we had visited a very old church in China, on the formerly Portuguese island of Macau. 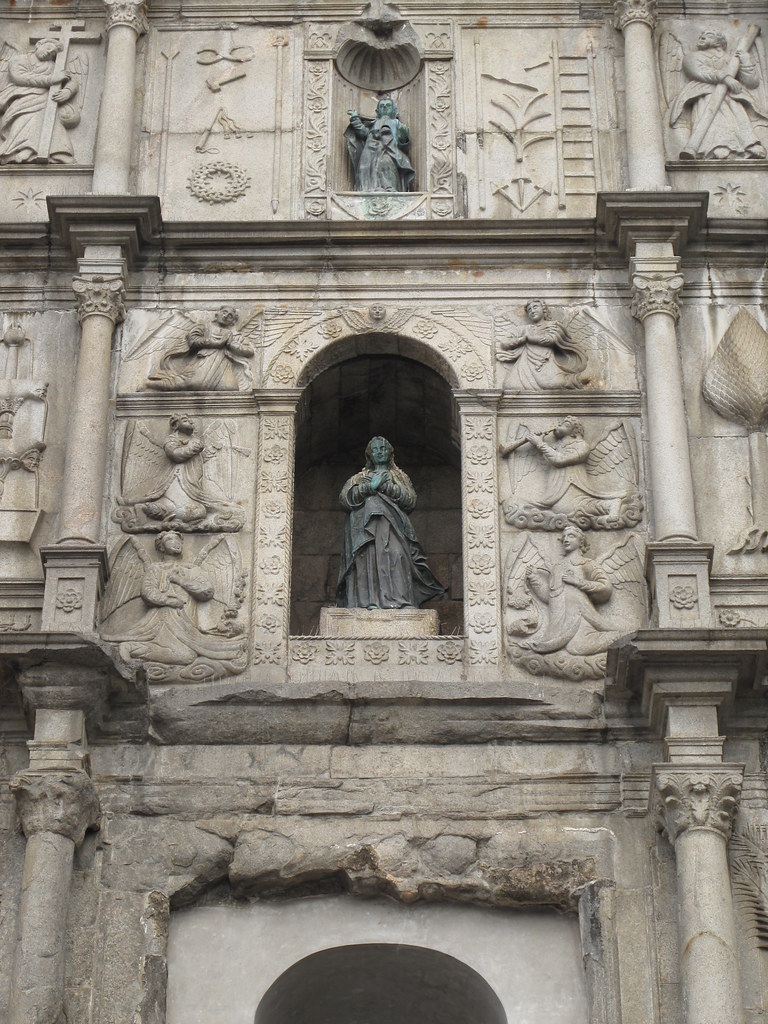 Not sure. Could be St. Paul himself.

Truth be told, we ended up making our day in Macau all about the old churches and Portuguese food. I guess after a couple of years in Asia we were just craving some western culture. St. Paul’s is remarkable for it’s location overlooking the city, and the fact that aside from the facade, it’s not there anymore. 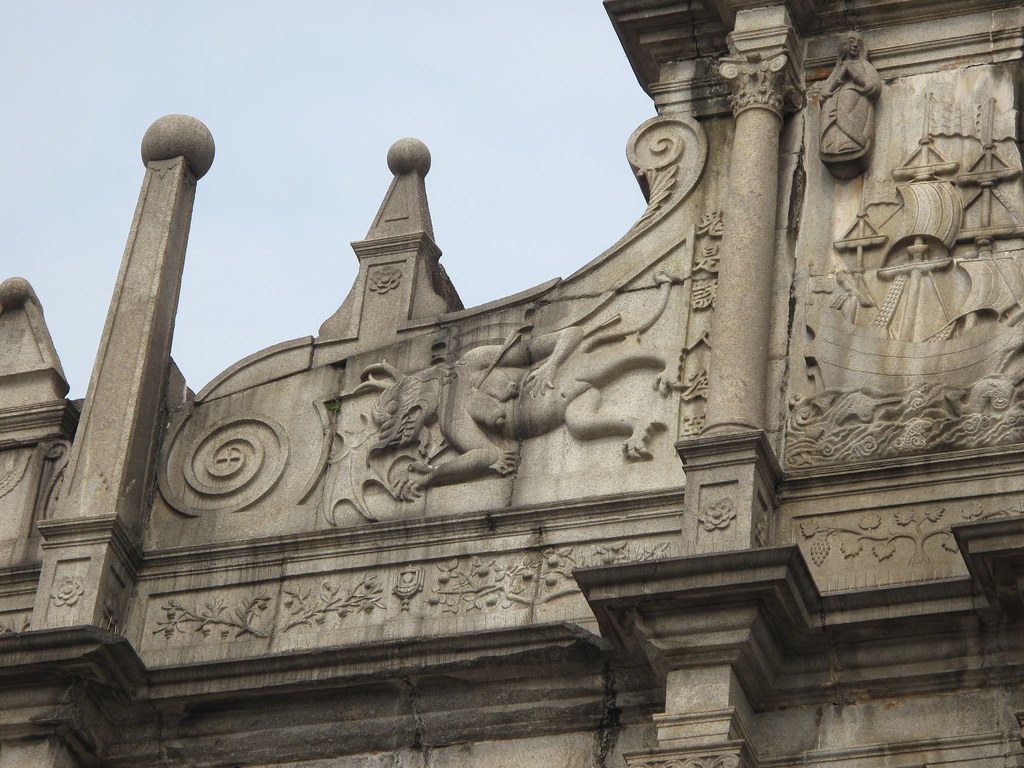 The church was apparently at one time the largest in East Asia, burned down a few times, and finally completely destroyed in a typhoon. 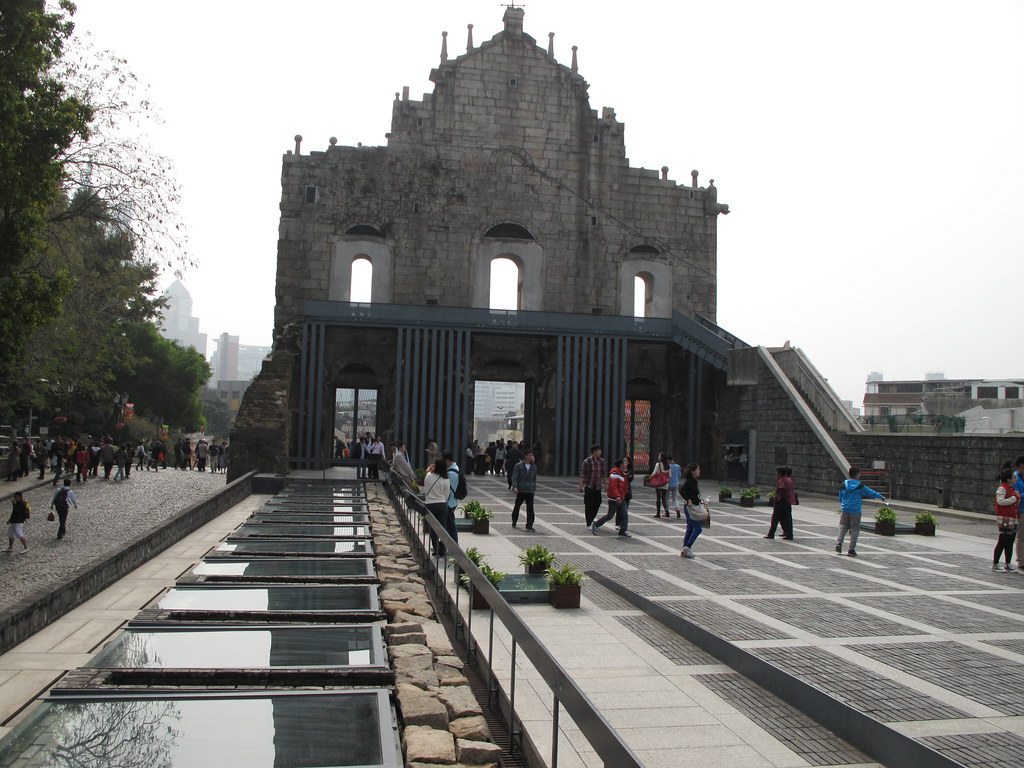 Clear glass panels let you look into the foundation

St. Paul’s stood for about 300 years, and it seems that with nothing but the facade intact, there wouldn’t be much to see. However you can look down into the foundations through glass panels, and the crypt is still very much in one piece. It’s pretty crazy to see the bones of Portuguese explorers from the 1500s, but they are lying there, probably unaware that the once great church above them is nearly gone. Most interesting were the descriptions of the bodies, who they were, and how and where they died. Lots of violence, all over Asia. Apparently exploration was a tough business. 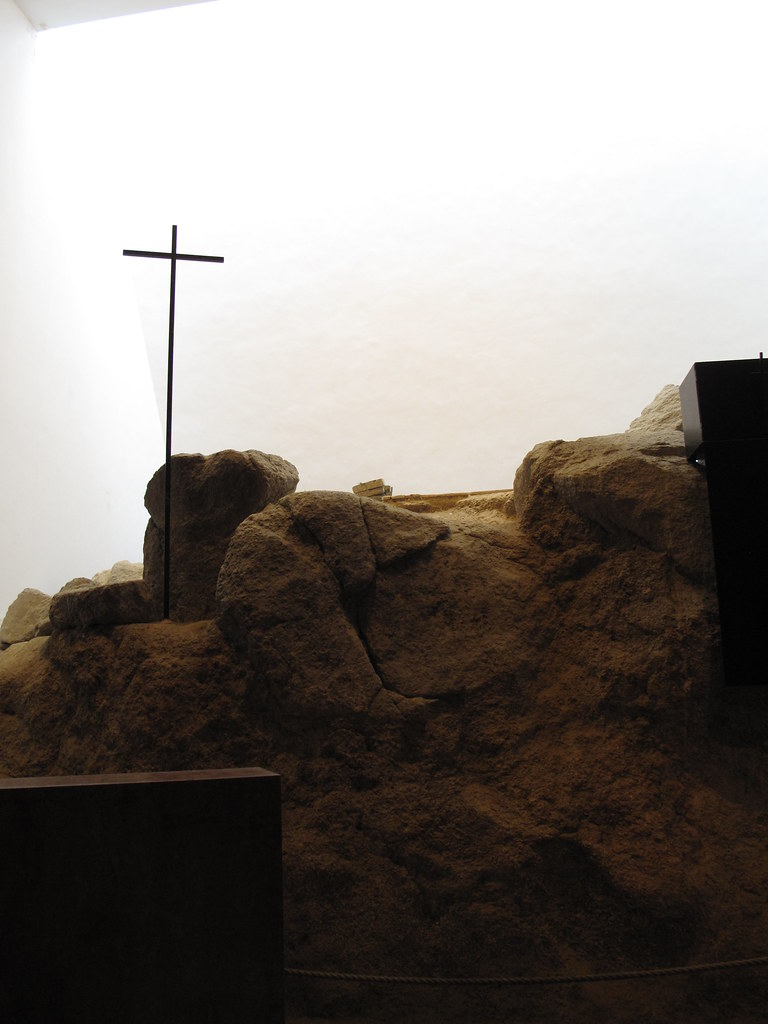 The only picture I took in the crypt, didn’t think it was respectful to photograph the dead, I guess.

So while St. Paul’s certainly has more natural light than just about any church I’ve ever been in, due to its lack of walls and a roof, I think it still merits a post in this series. I think the crypt alone merits a post. To see the reach of the European explorers who destroyed civilizations, wrought havoc, and created the world as we know it in such a dramatic fashion is enlightening. To see the interplay of east and west in the bas-reliefs on the remains of the facade makes you think that the Portuguese process of conversion was perhaps a bit more likely to incorporate the local traditions than the Spanish. But the bones. They tell the story without saying a word.