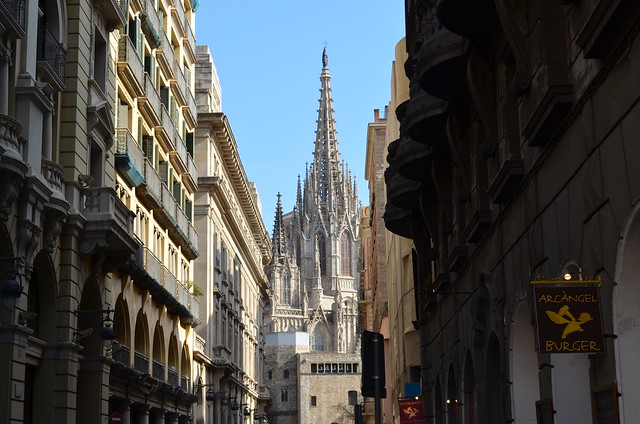 Cathedral of the Holy Cross and St. Eulalia, from just down the street

The first truly Gothic cathedral we ever visited was the Cathedral of the Holy Cross and St. Eulalia, in Barcelona, Spain. Throughout the rest of this post I’m going to refer to it simply as Barcelona Cathedral. It’s named after Eulalia, a woman of Barcelona who was stripped naked in a public square during Roman times, and when a miraculous snow fell to cover her junk, the put her in a barrel, stabbed it with knives, and rolled her down a hill. Pretty graphic stuff. 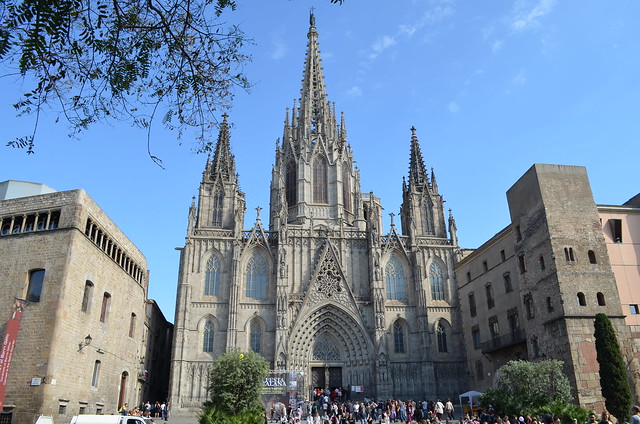 I was really amazed at the contrast between Barcelona Cathedral and the nearby La Sagrada Familia, but perhaps I shouldn’t have been. One was completed in 1448, the other is still under construction. The sharp spires and dark interior of Barcelona Cathedral were essentially the opposite of what you can find a few blocks away. Then again, this city has literally been on the map for thousands of years, so you probably should see some striking differences in architectural design and technique. 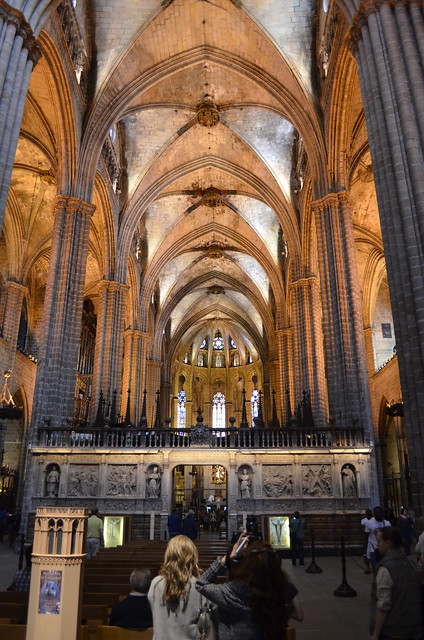 It looks a bit bigger on the inside

We didn’t get to stay inside the cathedral for too long, as people were queuing up for mass and they were kicking the tourists out. We had too much to see throughout the gothic district to spend an hour watching mass, but we totally thought about it. 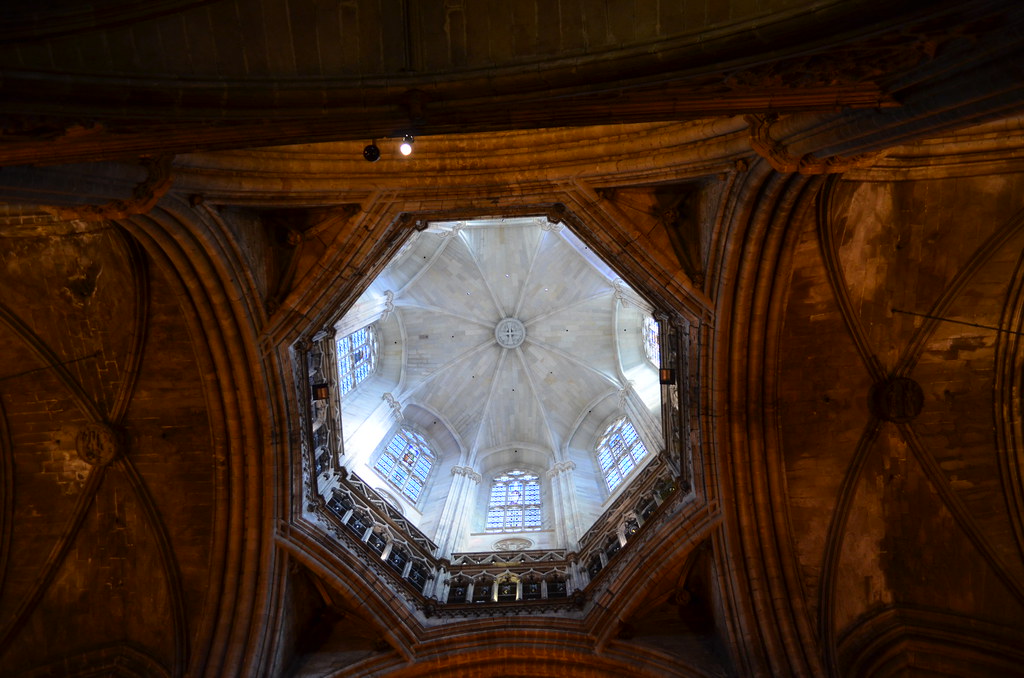 Barcelona Cathedral was a bit musty on the inside, but that could have been incense, I guess. We made a quick tour of the perimeter before their ushers showed us the door. Wait, that makes us sound rude. The ushers showed probably a couple of hundred people to the door so they could start mass in peace. 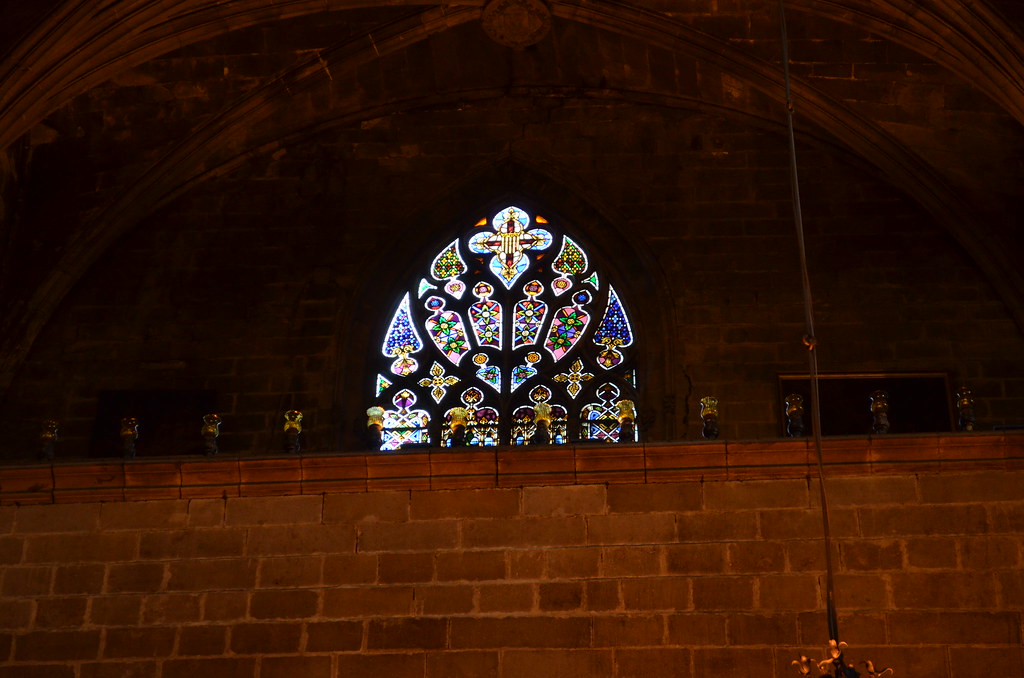 Stained glass filtering out the brightest rays of the light 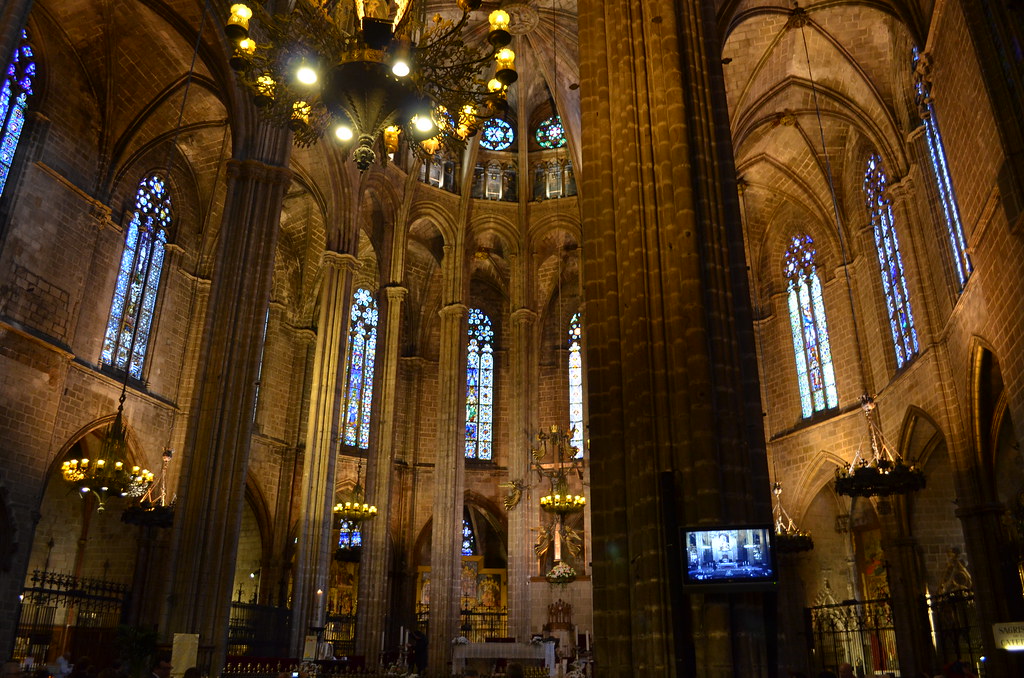 I really enjoyed the art style of this cathedral as it had a very “quest for the holy grail” type feel, which I guess makes sense. Apparently the choir stalls feature the coat-of-arms of the Knights of the Order of the Golden Fleece. 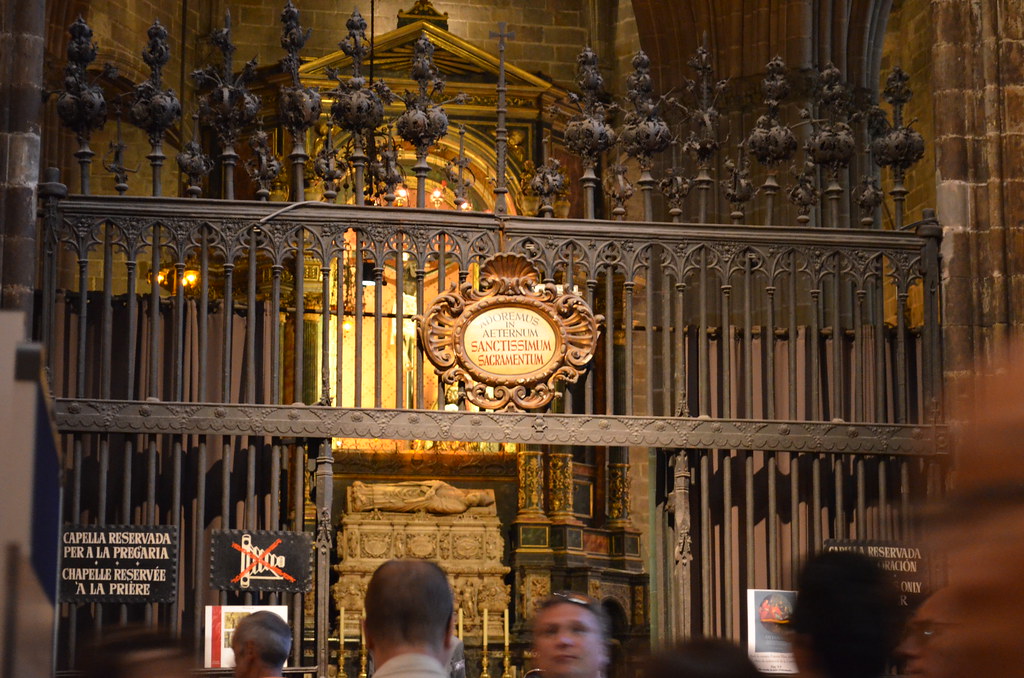 Wikipedia tells me that this photo I took is of the Chapel of St. Olegarius, and that the cross was carried at the Battle of Lepanto

The side chapels at Barcelona Cathedral contain effigies or maybe sarcophagi of St. Eulalia and St. Olegarius. I’ve mentioned it repeatedly in these posts, but I really do get a little thrill from having historical figures, even if I’ve never heard of them, being, uh…present. I’m not sure exactly what it is that gets my excitement going about it, but it might just be the fact that in the U.S. there is very little that is ancient and intact, but in other places even the ancient people are on display. I dunno. 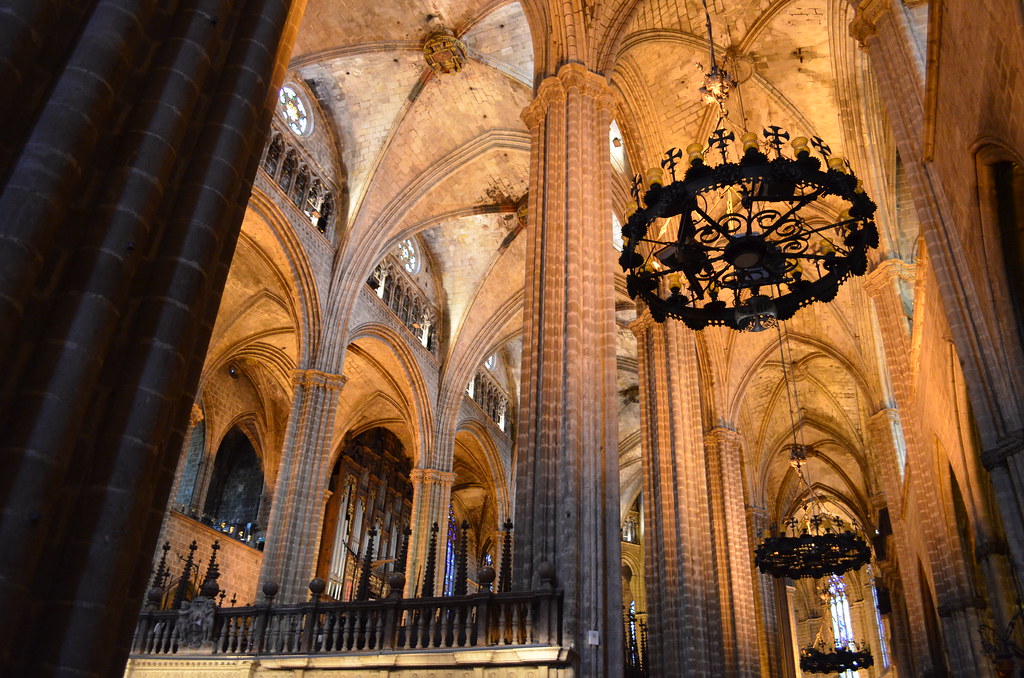 These chandeliers make me think of Beowulf

The whole look and feel of this Cathedral is appropriately medieval. As much as I would have enjoyed to explore a bit more, it would have been rude to just pretend not to understand that mass was about to begin and stick around. So we headed out to the cloisters. 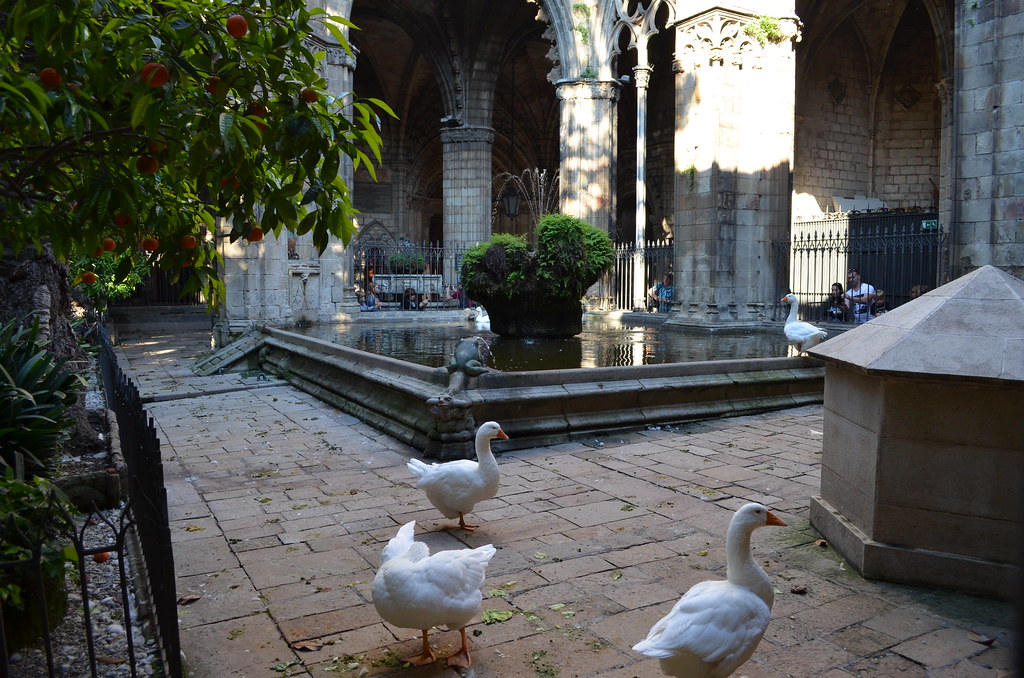 The cloisters look like Dorne from Game of Thrones, heh.

The cloisters couldn’t look any more Iberian. It basically summed up the Spanish vibe in one enclosed area for me. Except for the geese. I really dislike geese, they’re rude, loud, and unfriendly. Those words don’t describe the parts of Spain I’ve visited in the least.

At any rate, Barcelona Cathedral was an amazing and old example of Gothic architecture to visit, and I’m so very glad I’ve been there.

One thought on “Masterpieces of Light and Space: Cathedral of the Holy Cross and St. Eulalia, Barcelona, Spain”